Lots of people have kindly said that they enjoyed the retouching page on my website. This blog post is a bit of an extension of that, showcasing more examples of retouching, as well as outlining why I went with that approach, and what I’ve done to achieve the finished result. Feel free to play around with the sliders to see the difference between the original photos and the finished edits!

Let’s start with a simple private shoot I did recently for a car collector. This beautiful Aston Martin Vanquish Zagato, which was being kept at a storage facility, was deserving of a more exciting background.  I decided to keep things pretty simple and change the background from the horizon upwards to a more stylish, simple background. Adding blue toning to the image was the final touch needed to give the ‘premium’ feel to this image – you’d never believe it was taken in front of a storage facility! 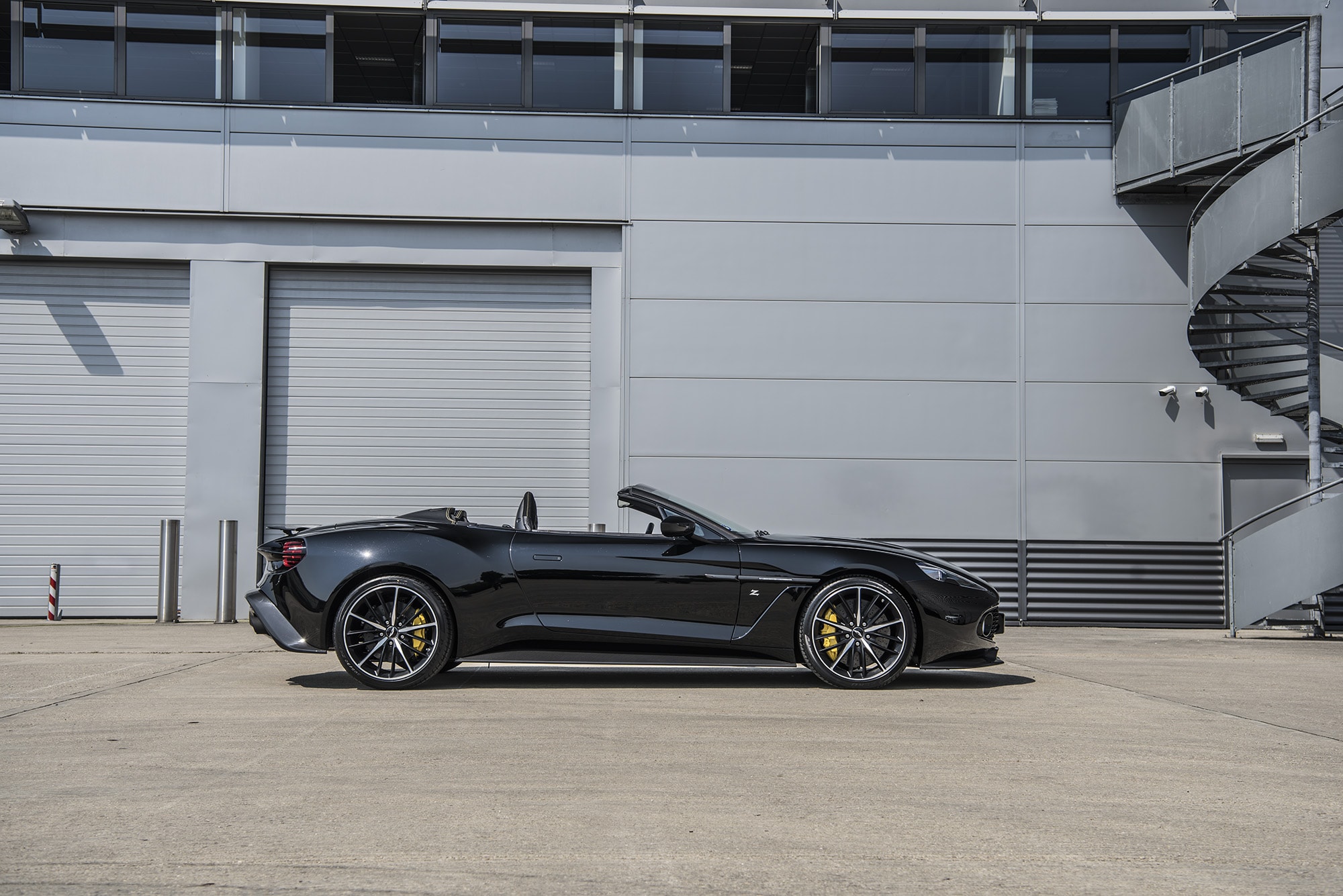 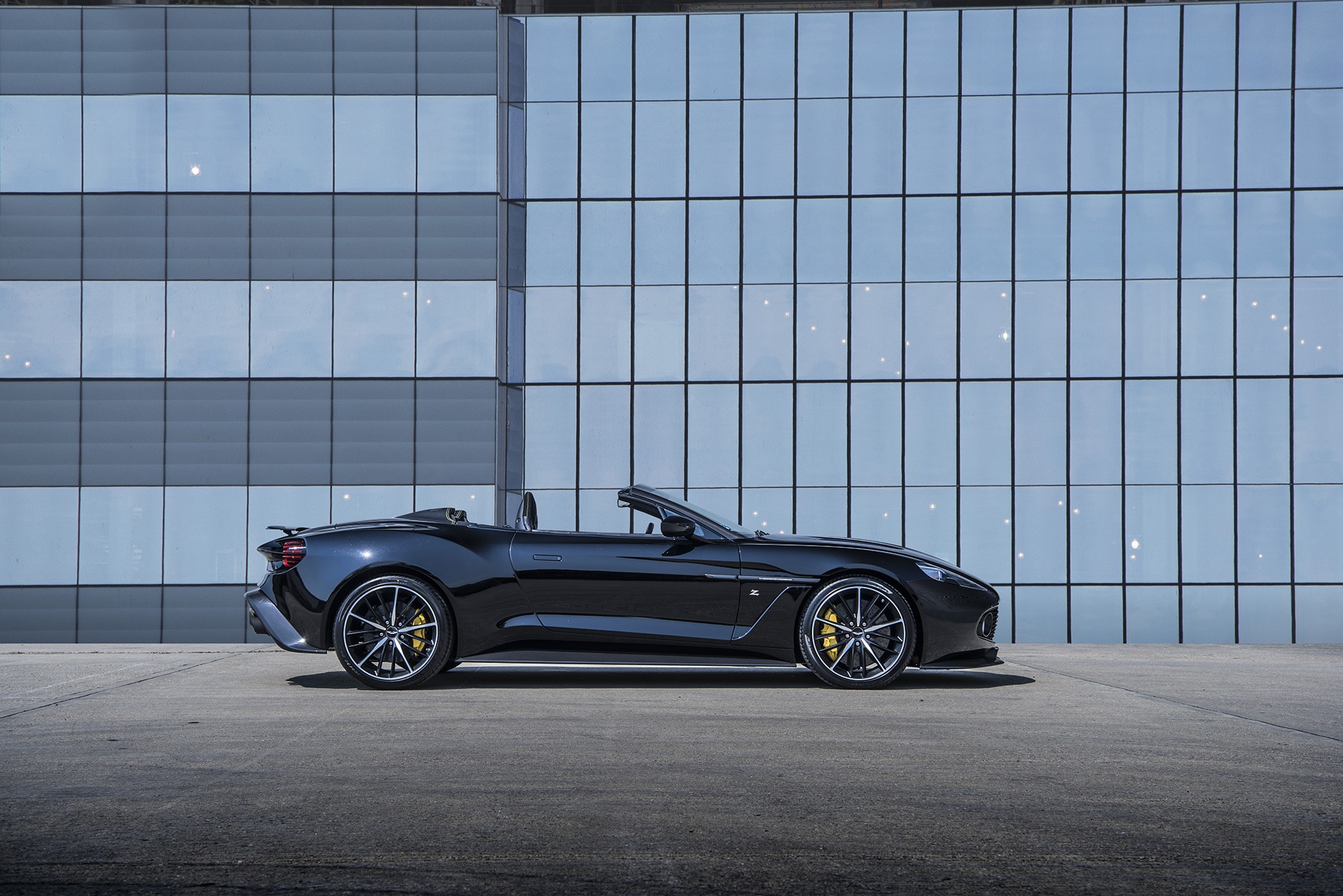 Next up is a studio shoot for the launch of the Rimac C:Two. The emphasis of studio work is always to bring out the best features of a car, and really showcase every little detail. It’s as much about the shadows as it is about the highlights on a car, so it’s crucial to strike a balance between the two in the final image. While this isn’t a crazy, dramatic edit, it gives the final look which Rimac wanted to be able to give out of the C:Two. By having a such a clean studio shot, all of the focus emphasises the detailed design features, bringing everything Rimac worked towards into one beautiful image to showcase! 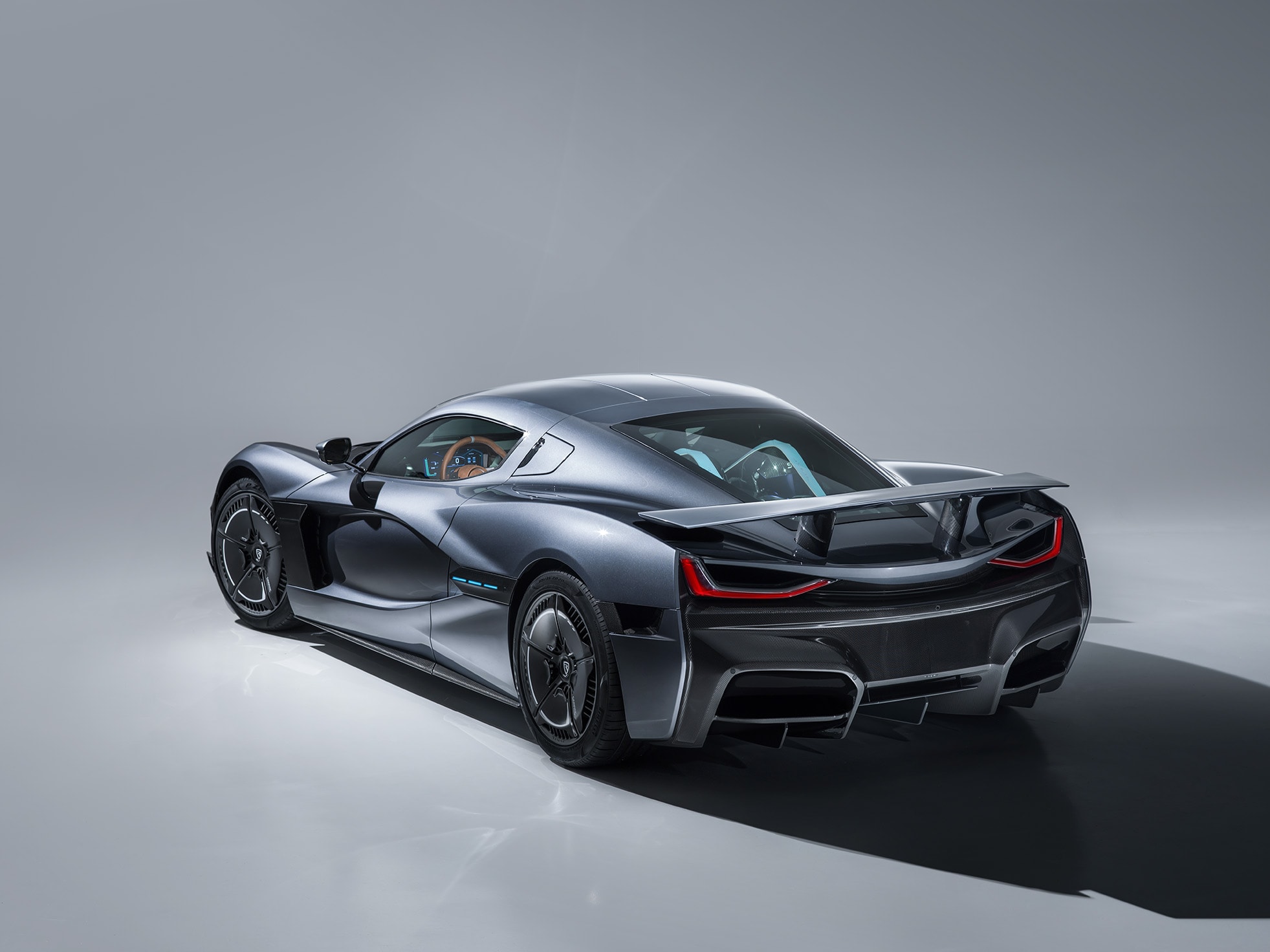 Onto a shot for Bugatti’s social media of two Chirons on Yas Marina circuit in the UAE. Whilst I usually opt for a rig if I’m shooting a motion shot, it isn’t always feasible – instead, I opted to shoot this image static, and add the motion in post-production using the “vector blur” function in Photoshop. The final photo captured the pace of the Chirons, and I was really pleased with the story this image was able to tell. 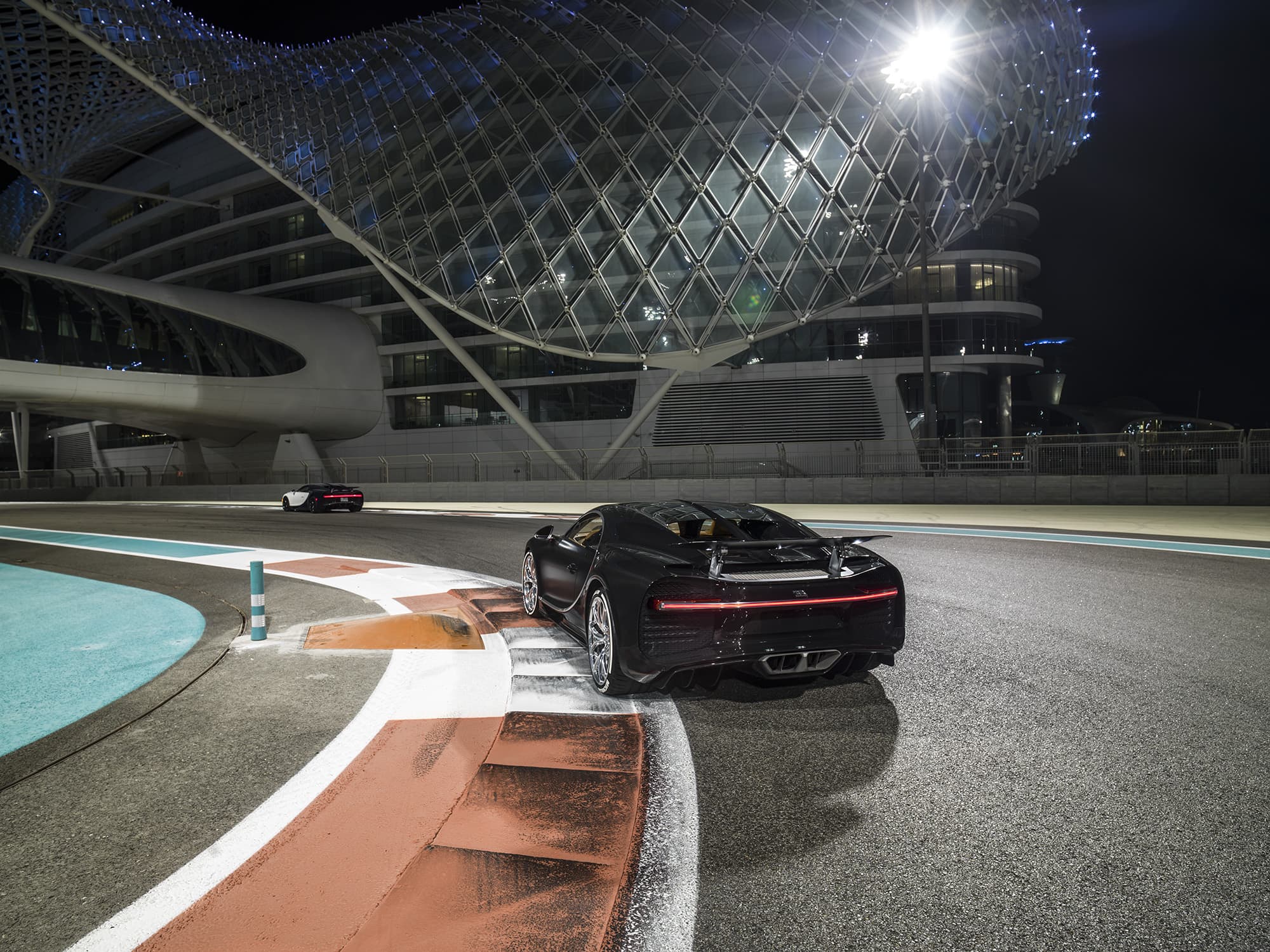 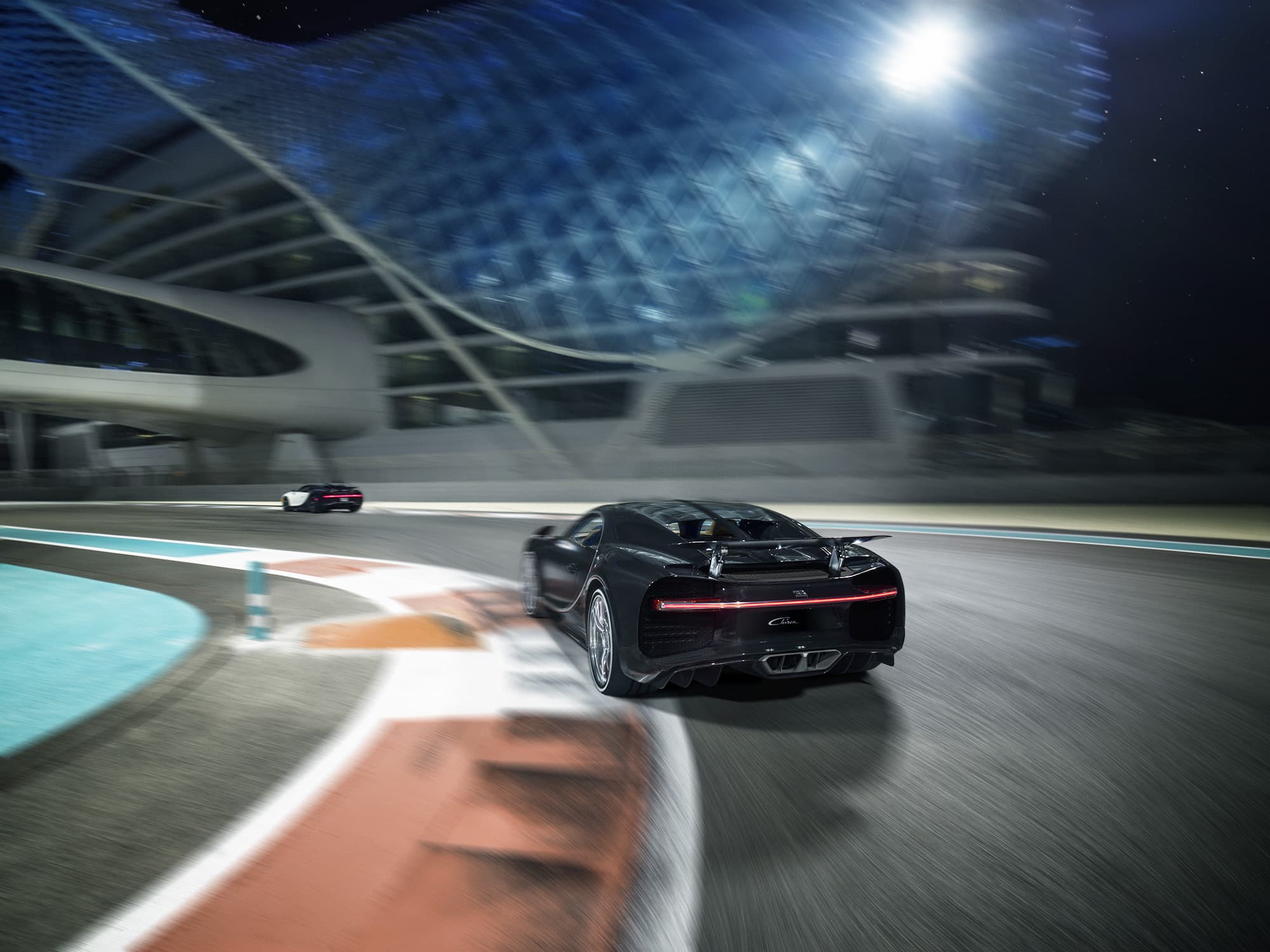 Another Bugatti shot, but this time for their website. This shot was to show off the rear diffuser area of the Chiron, making sure to highlight the amazing Exhausts, and the carbon fibre texture on the whole diffuser. My aim for this was to have a super clean feel to the image, and the background was created to be consistent throughout the full set of images.   I shot the image very tight to the car, then added the background into the empty space to the left to make sure that the image was presented in as high resolution as possible (over 12,000 pixels wide!).

A new company called Vertical Aerospace asked me to shoot their prototype flying taxi. I shot it at the airfield where the maiden flight would take place.   We wanted to have more of a studio feel to the images to make it stand out, so we opted to shoot it in an open space and then add a black background.  The concrete floor was retained to help keep realism. 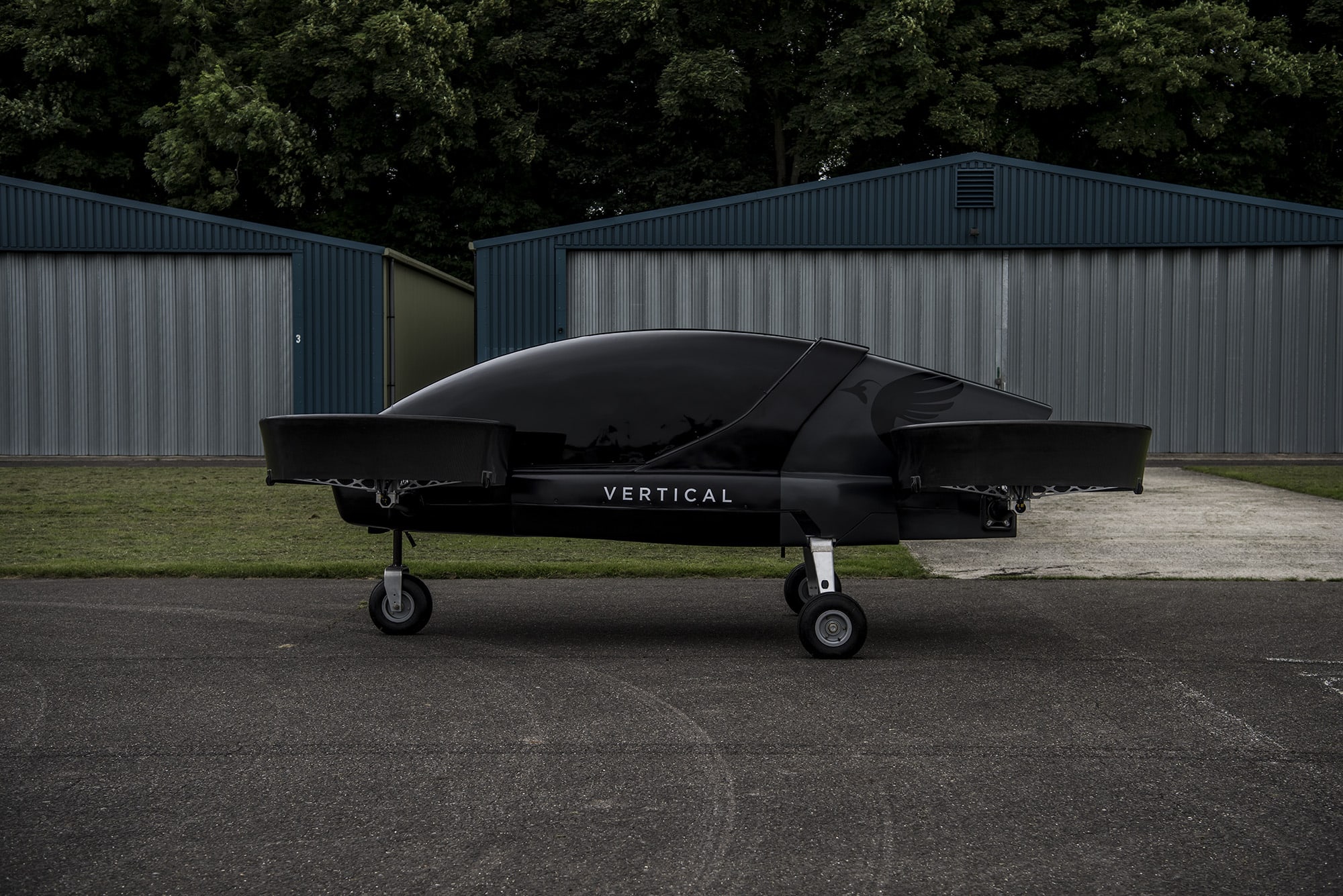 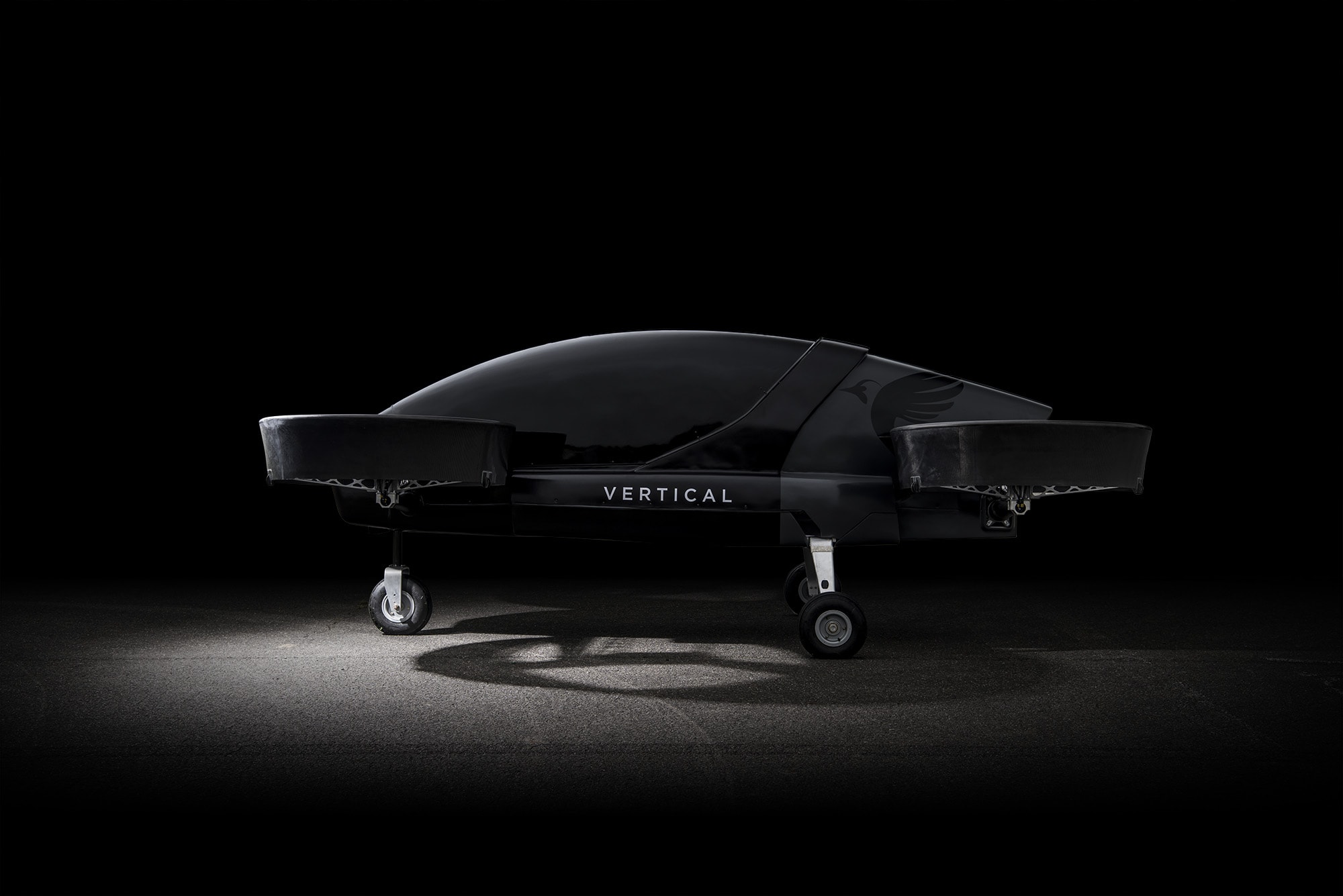 Onto a more commercial shoot, shot last year for Maserati. This is an interesting shot to look at as it has a few elements to it which had to be pieced together to create the finished image.  If you pull the slider all the way to the right, you’ll see that there was a commercial rig attached to the grey car, so the motion was created in a nice natural way.  First job of the retouching was to remove the rig and clean up the grey car, which you’ll see includes changing the grill to a better lit frame.  The next part of the shot was adding the second car, which was shot static.  The image was framed so that the second car was straight on to the camera so that it was more simple to retouch in, which is important when quick turn around times are required.  If we could see the side of the second car, we would have had to jack the car up and get shots with the wheels spinning. 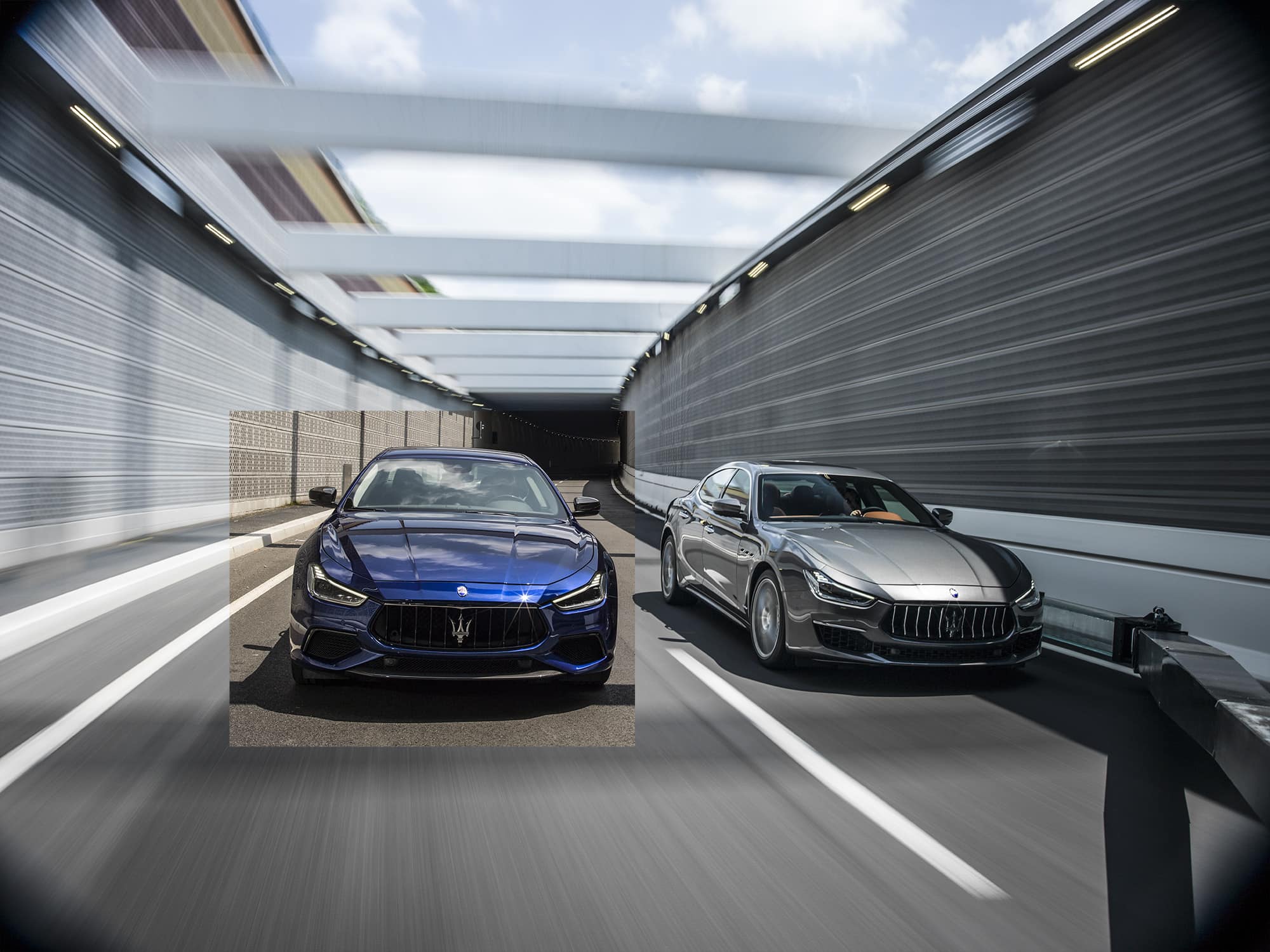 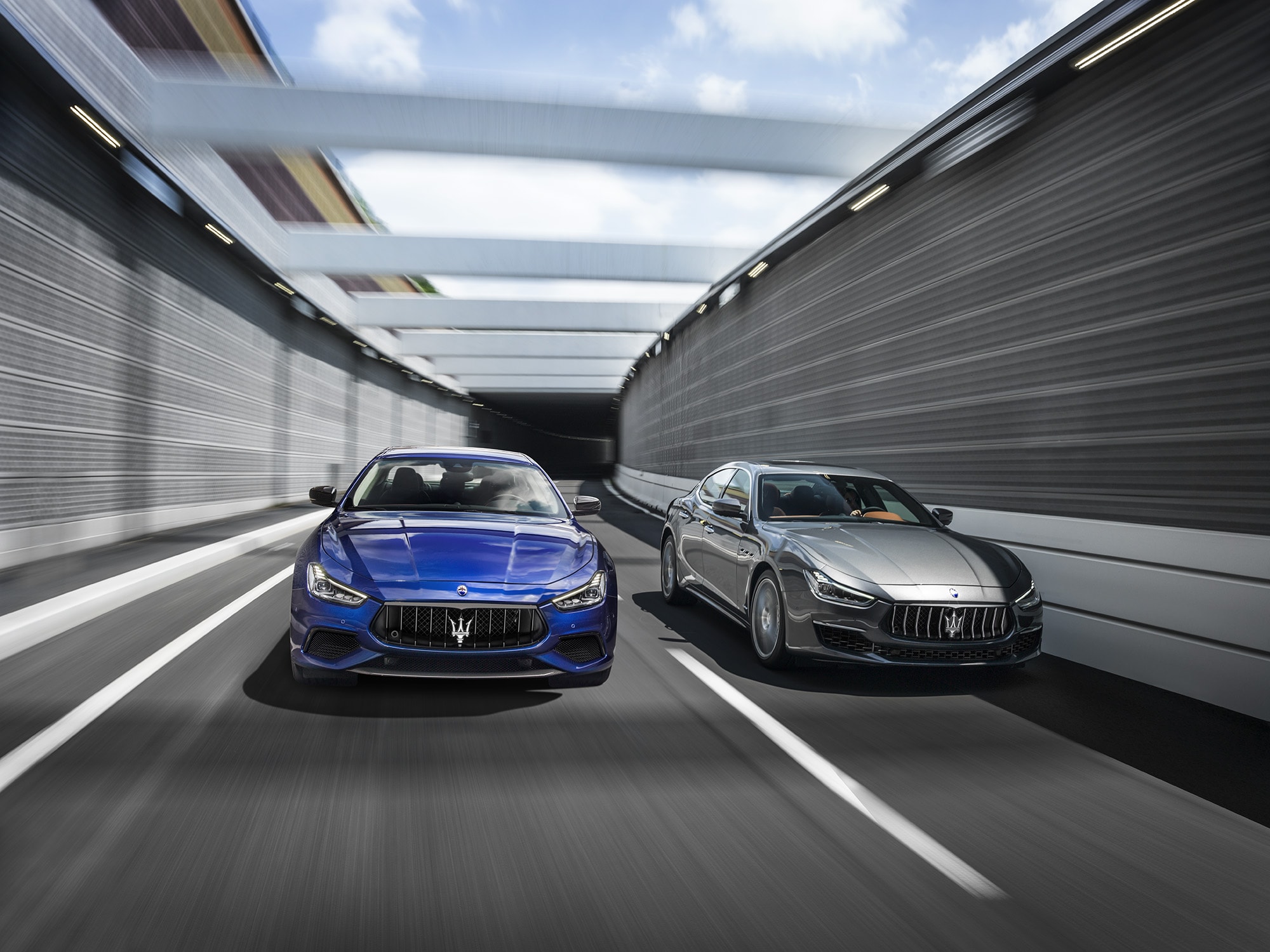 Last shot for this blog post, and this was actually a team effort between myself and a retoucher who was helping us turn around the shot as quick as possible.  Again, this is quite a heavy edit, so we’ll break it down into stages.

To start with, the rig was removed from the frame, using elements from the background either side of the rig to paste over it.  Once this was done, we took elements of several shots we took and pasted them together to change the landscape in the horizon and the movement of the ground which removed the patch on the ground under the car.  To finish off, we worked on the look of the car and background, boosting the red of the car, while toning down the background a bit to really make the car pop out. 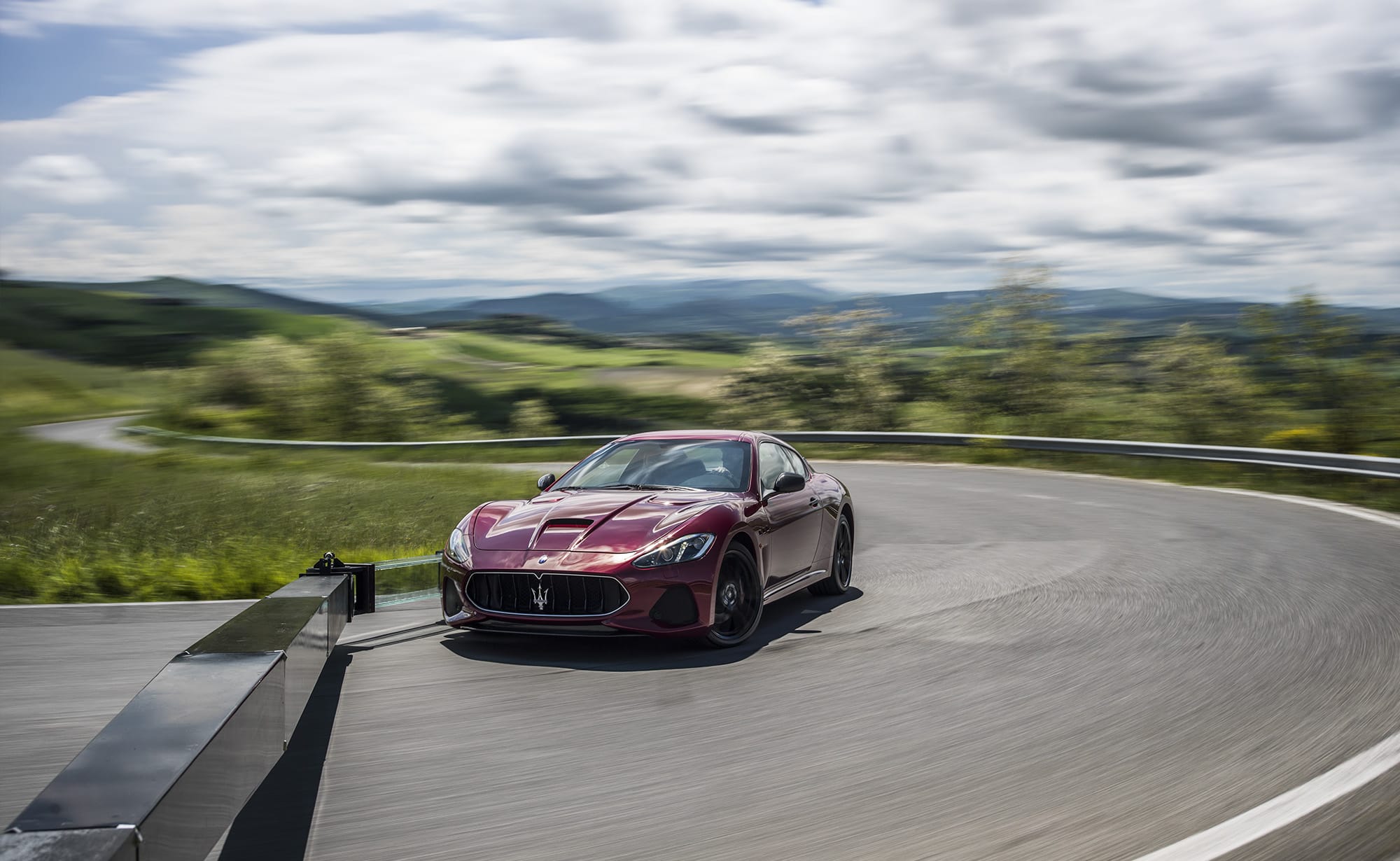 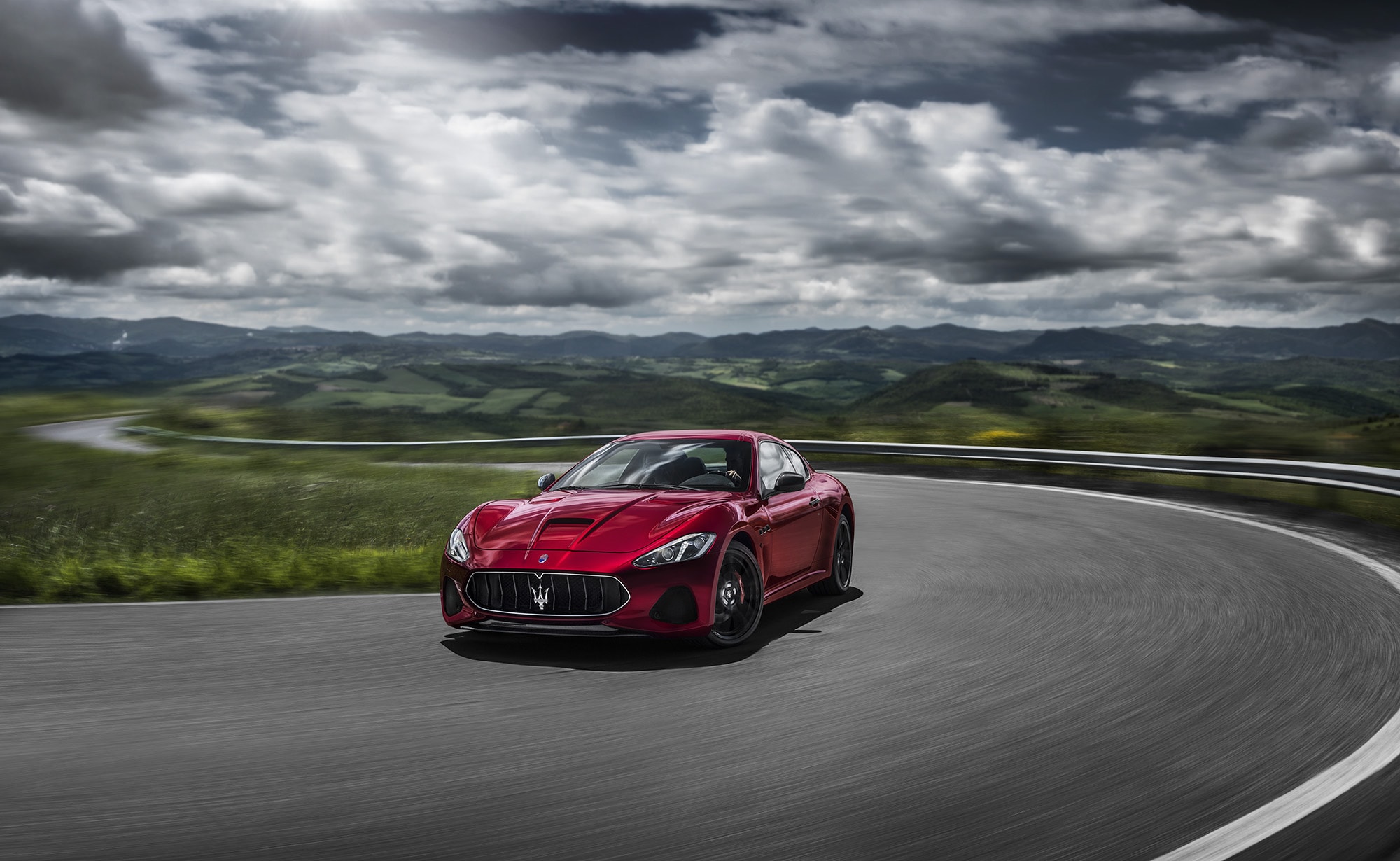 While all these examples are of my own images, I also do retouching for other photographers and agencies.  If you need any photography retouching work, please get in contact for a quote.