The Jaguar F-Type is the first two seater sports car from Jaguar since the E-Type, a car which is an absolute legend and famously quoted as the “most beautiful car ever made” by Enzo Ferrari. 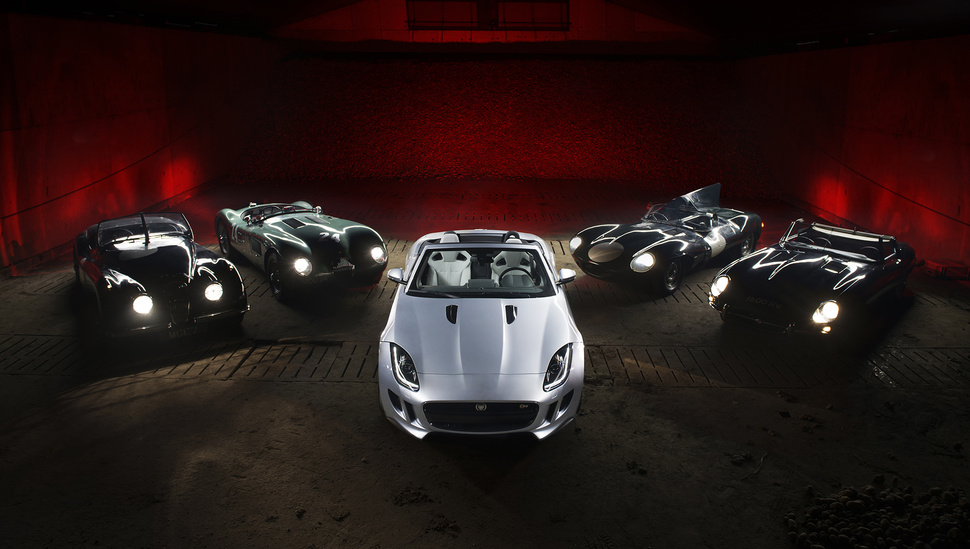 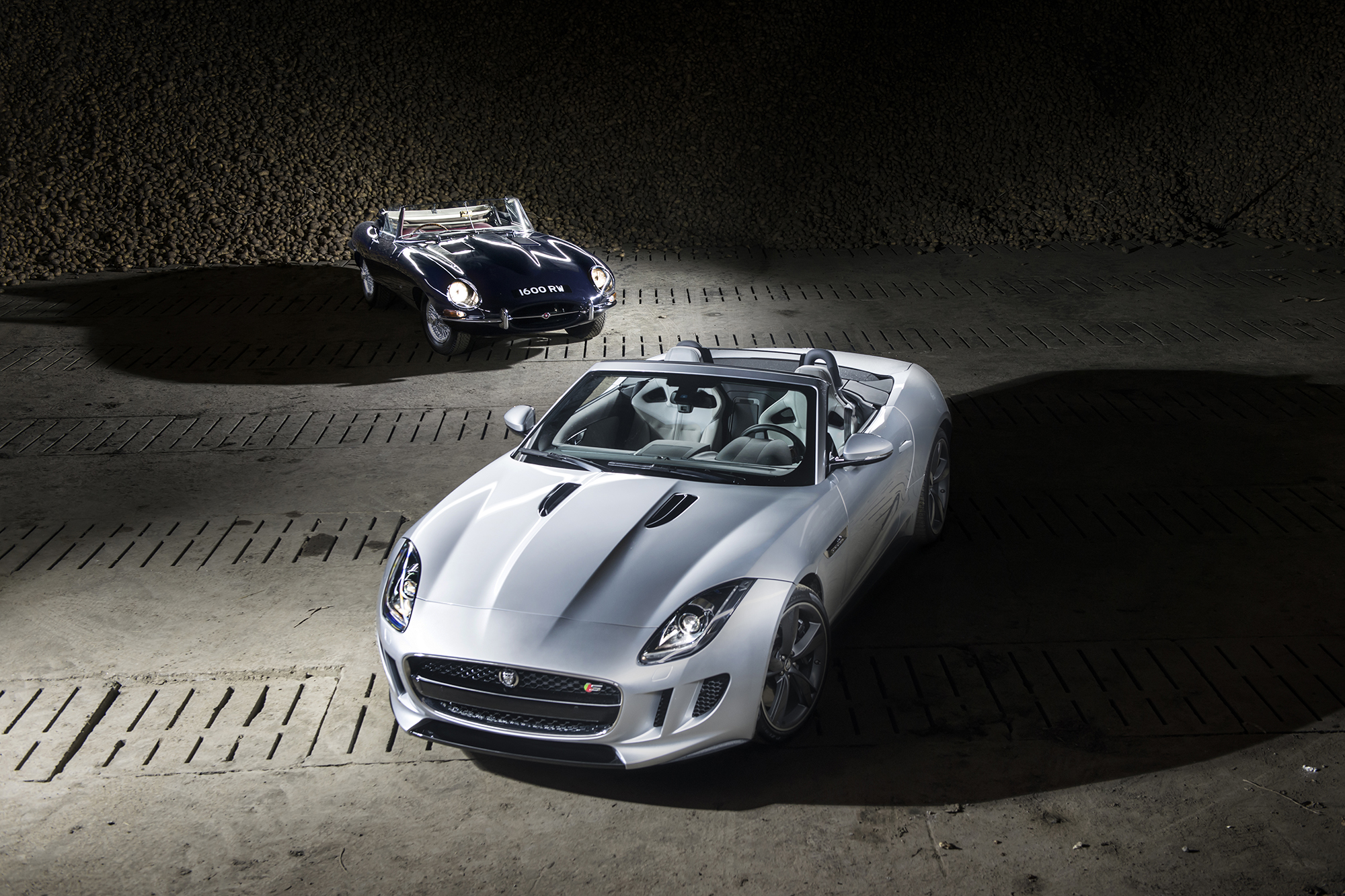 So that’s quite an act to follow. The model we have here is the F-Type V8 S powered by a rather meaty, and lovely sounding, 495ps supercharged V8. So what does that mean? Well, for a start, a few tyres get shredded: That wasn’t really the reason for us to go to Jabekke in Belgium with the F-Type and 4 historic cars though, the reason is that 60 years ago Norman Dewis achieved a world record average flying mile speed of 172.4mph in a modified XK 120. So it seemed appropriate to go back with the new car and see what it could do. Now to put it into perspective, in 1963 with the original record there was a much longer stretch for Norman to run up and stop. For the F-Type a two mile stretch had been closed off to accelerate to and stop.

This is a painting of the XK120 that set the original record. The few modifications were to take out the headlights to force air into the carburettor to get max possible power and to take off the windscreen and instead have a bubble to help with the aero of the car. I found it interesting to find out that the bubble was bolted down with Norman inside the car so if anything happened he wouldn’t have been able to get out. How times have changed! 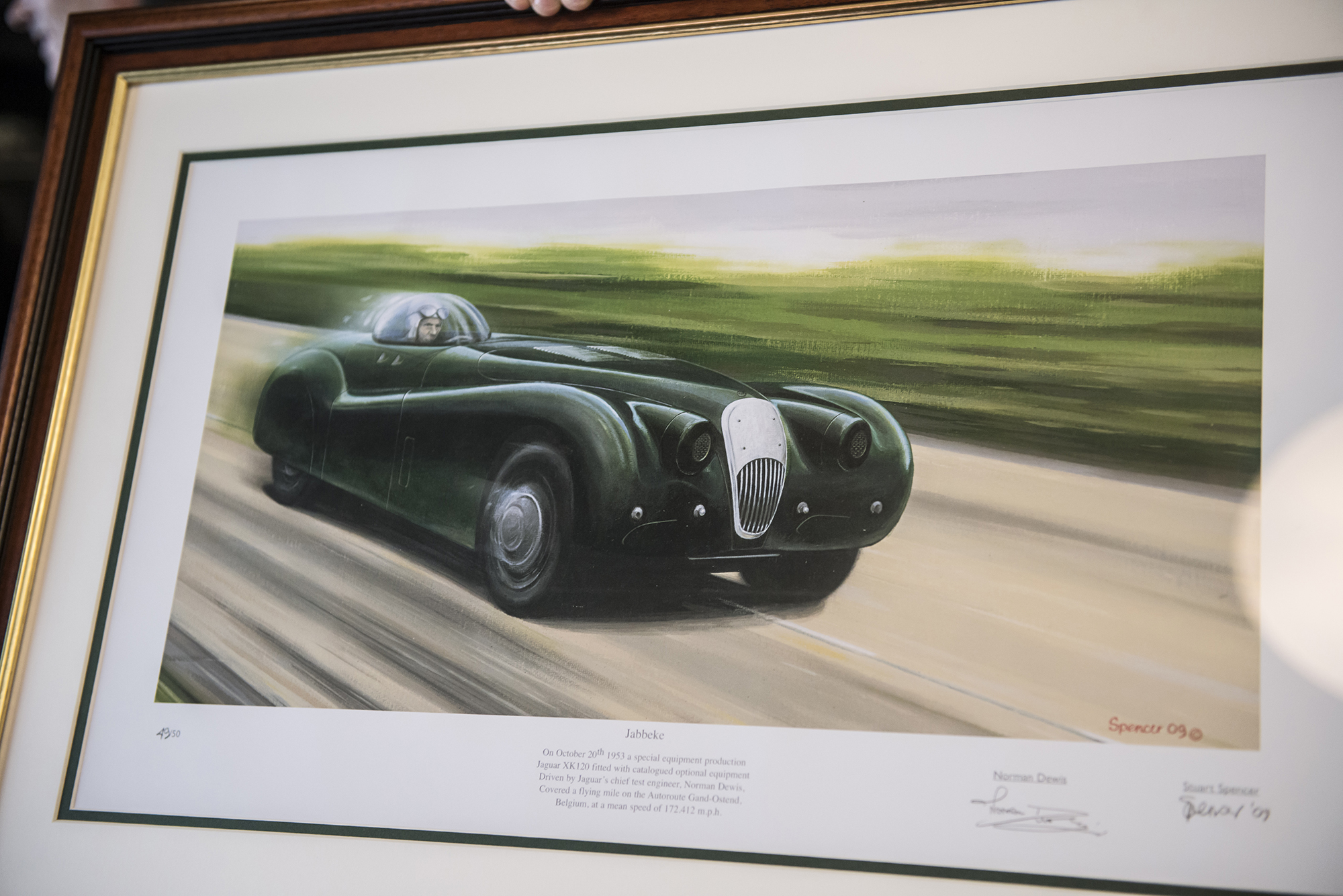 So before I say more about the top speed run, here are a few photos I took the day before the run of the beautiful F-Type 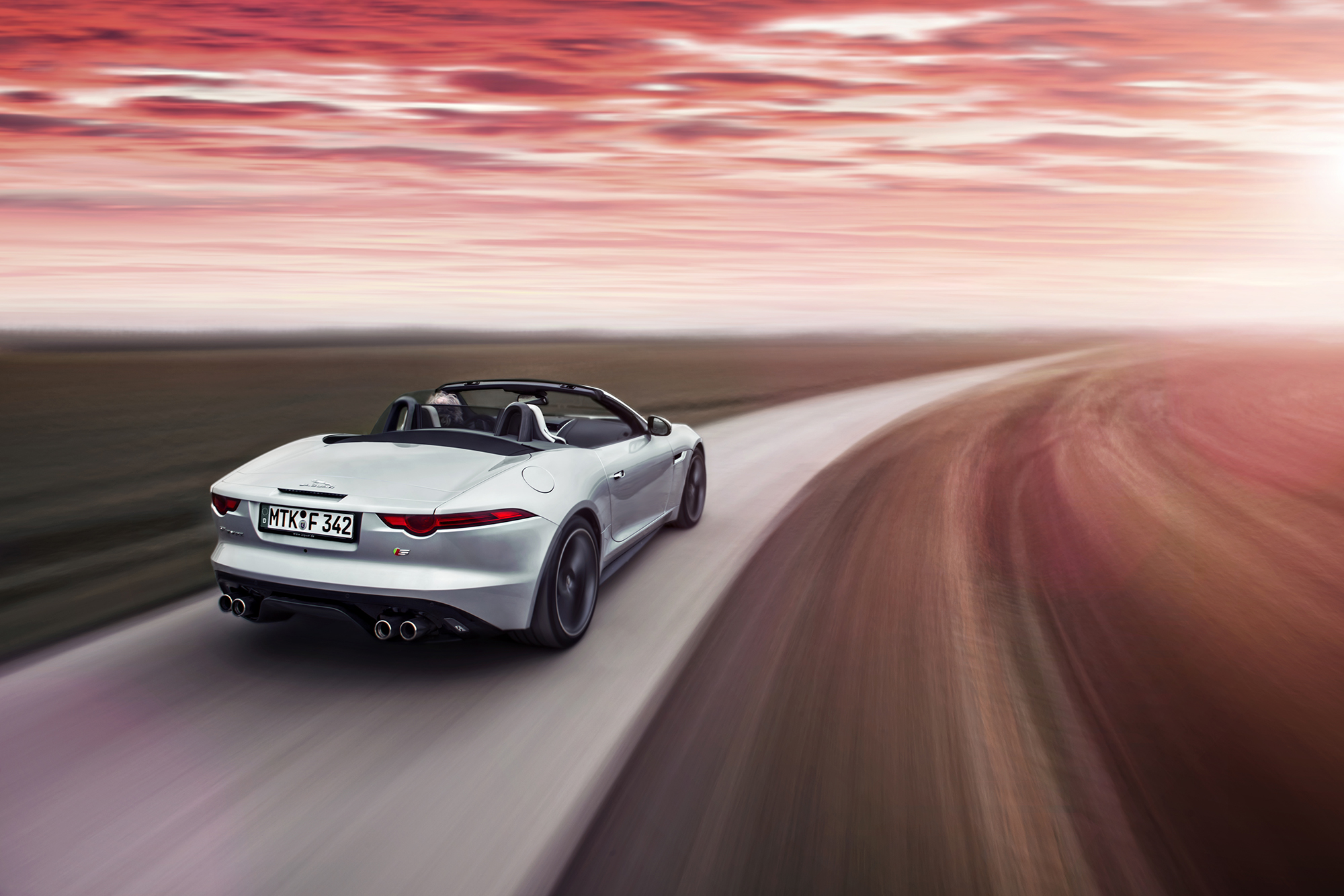 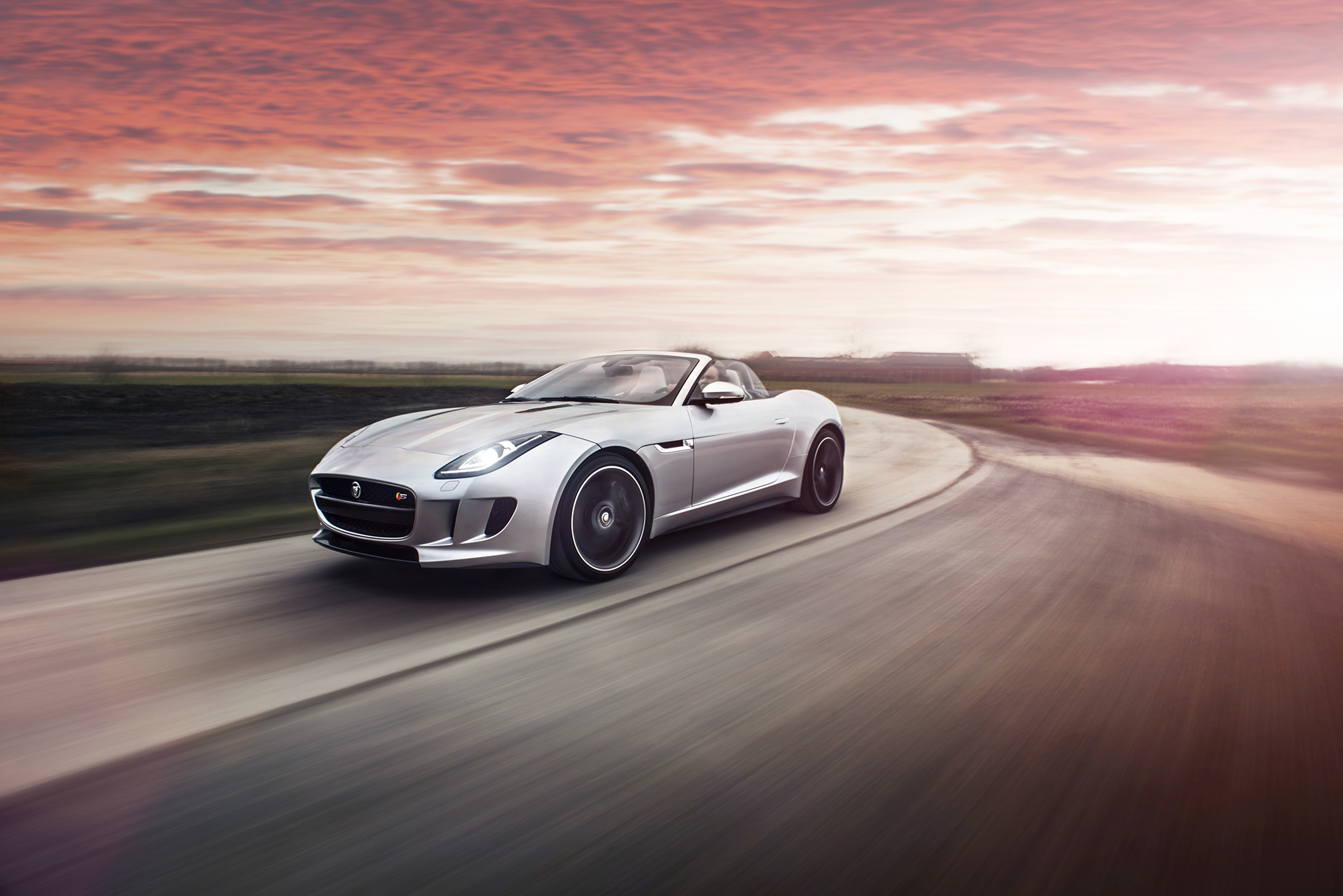 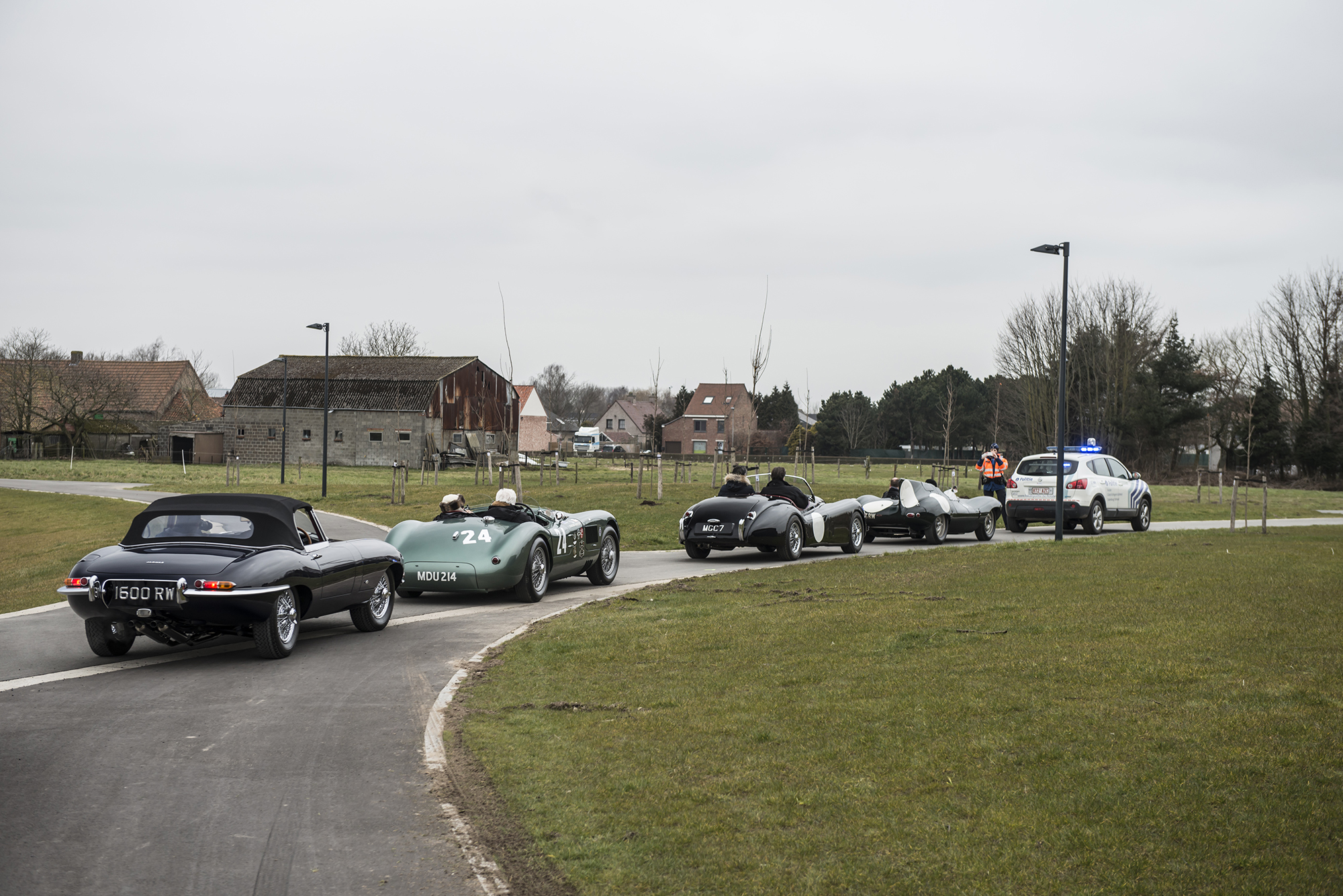 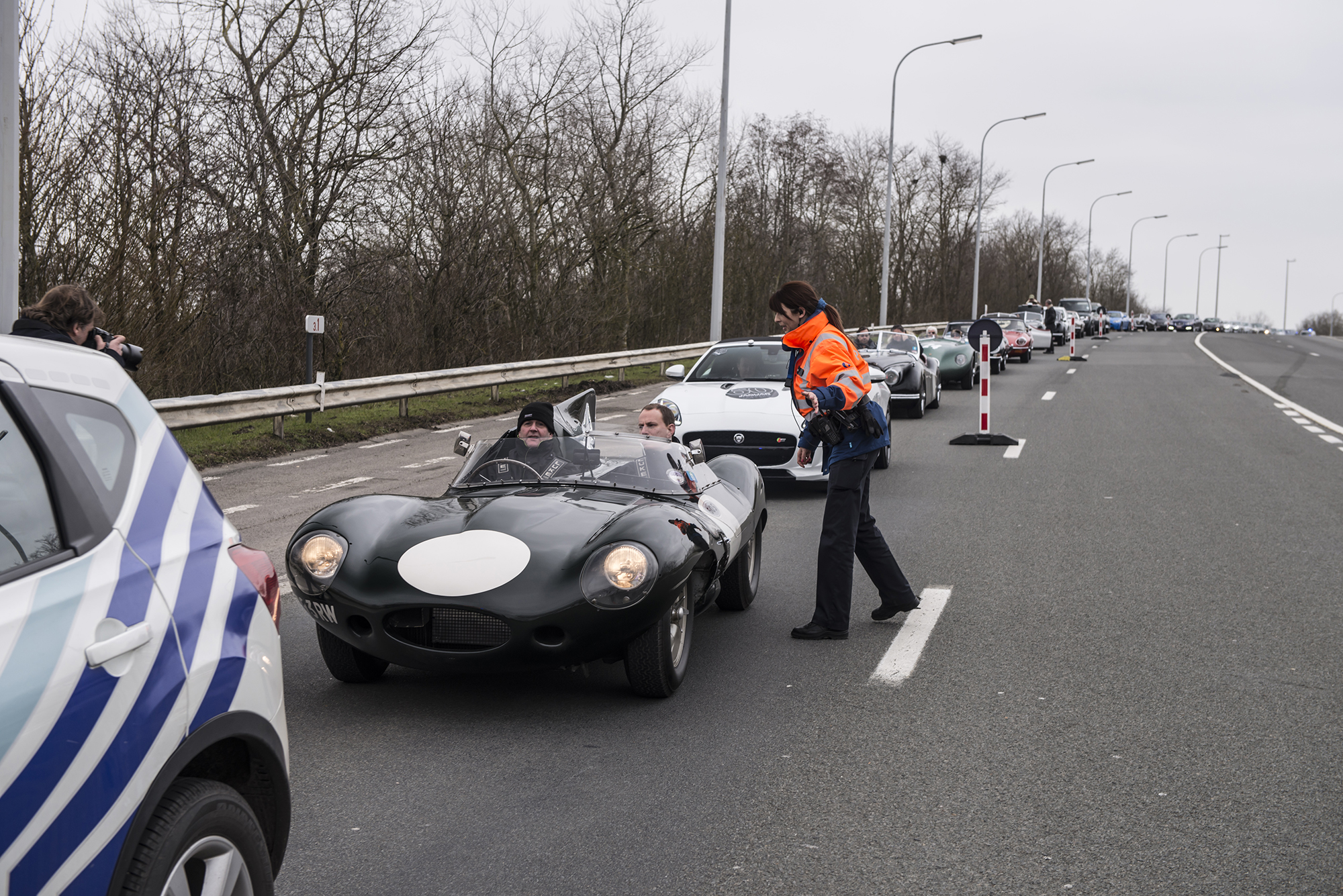 So the F-Type, driven by Andy Wallace, had just two miles to set a top speed and stop.
There was also a helicopter present with a rather talented pilot which made things interesting. On one of the high speed runs the helicopter hovered just meters above the car. So that’s a car doing about 175mph under a hovering helicopter! 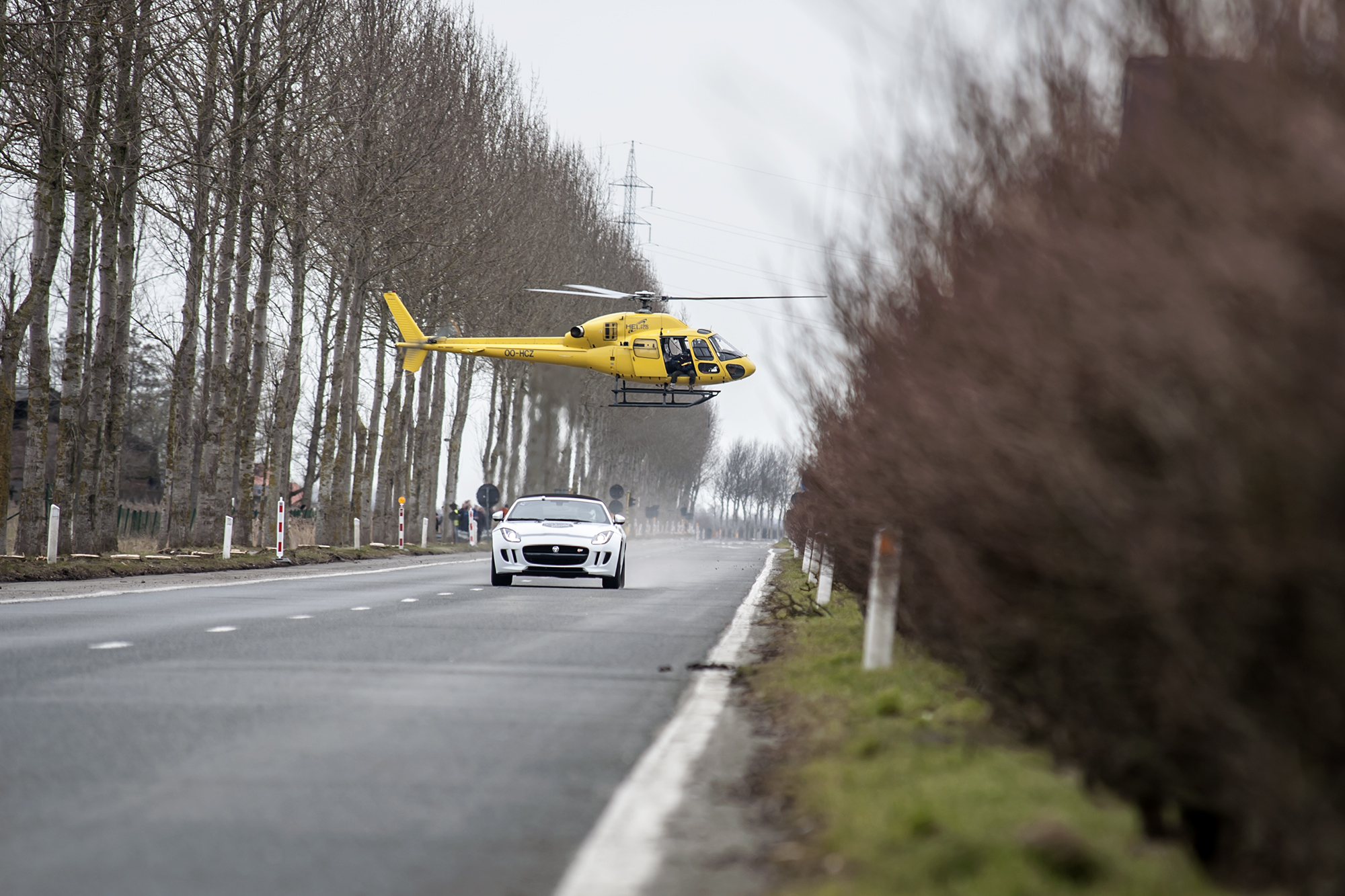 Andy managed to set a speed of 179mph on his fastest run, so that means the car did 0-179-0mph in 2 miles. Pretty damn fast then for a sports car and it sure sounded good in the process.

Here is a video of the car passing in top gear just meters away from the camera:

Did I mention it was good at burnouts? 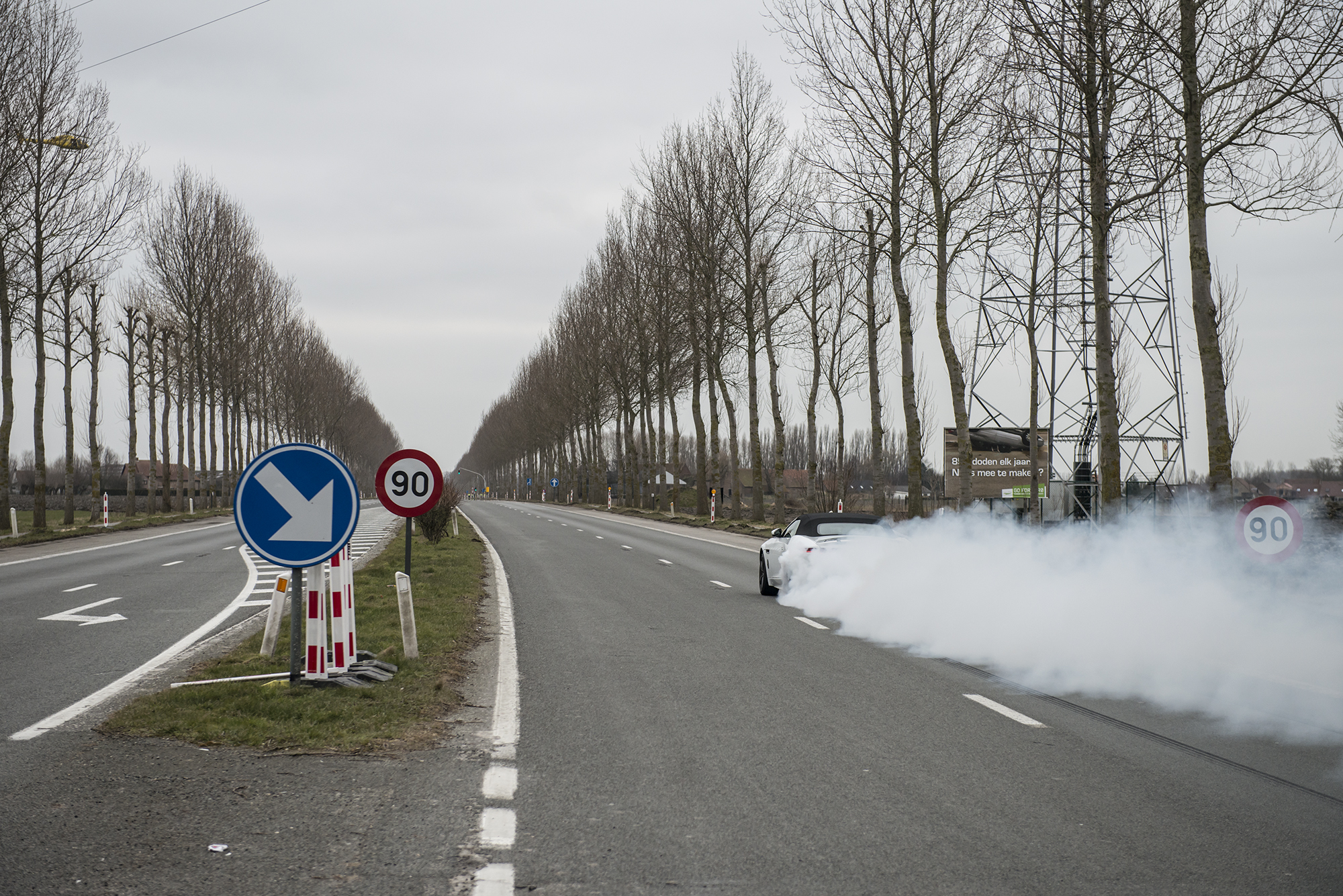 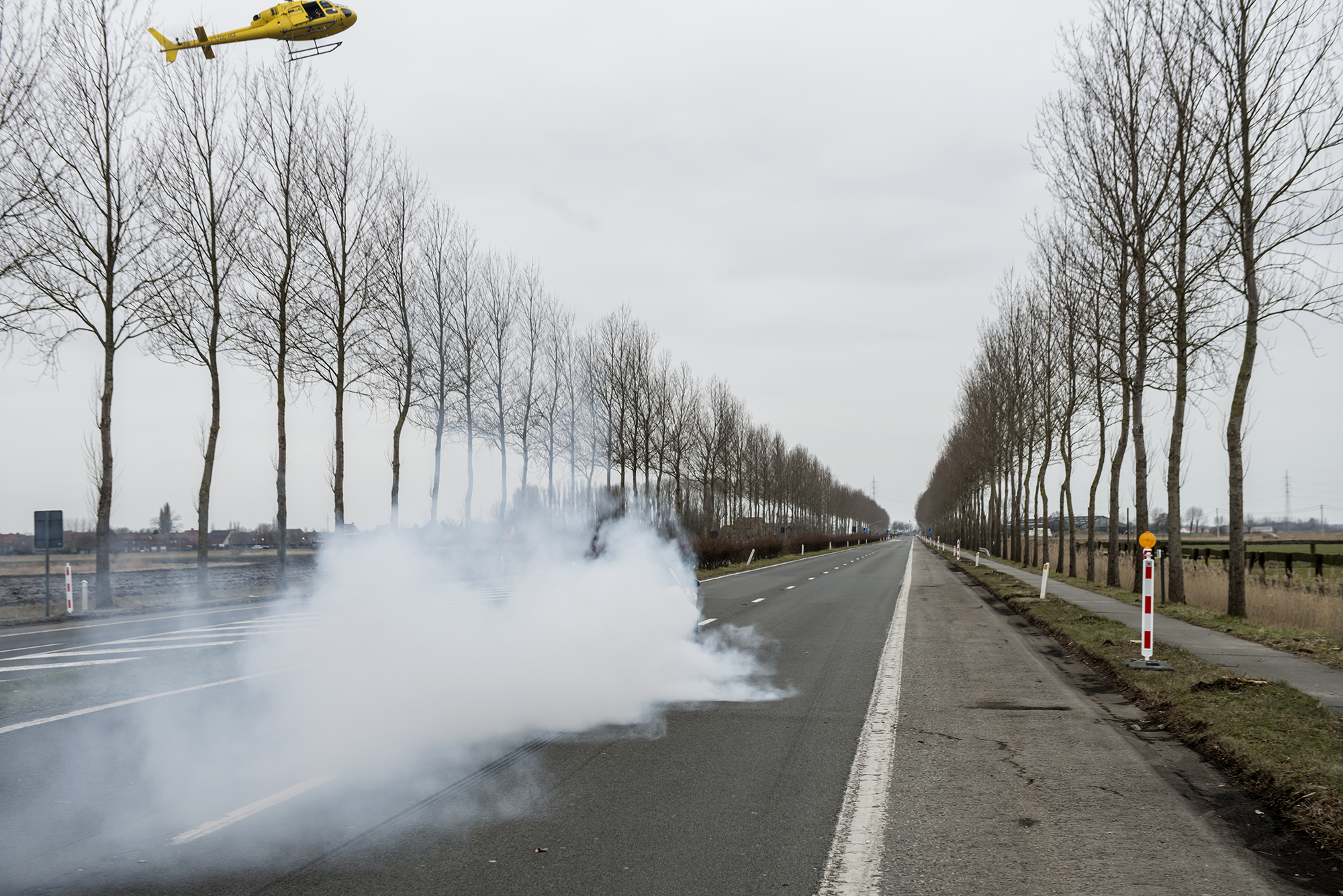 I’ll leave you with two more photos, here is the F-Type with a lovely C-Type 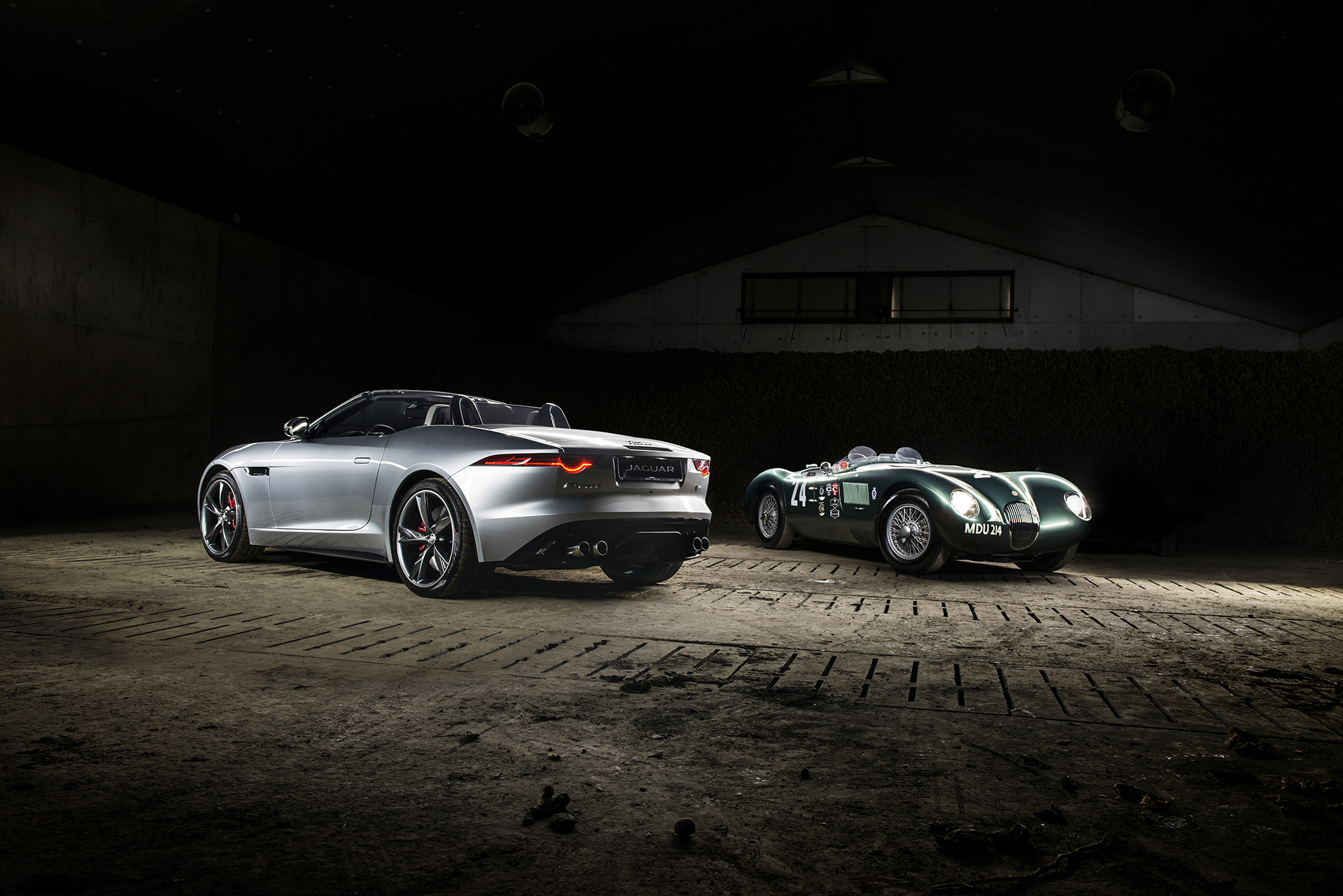 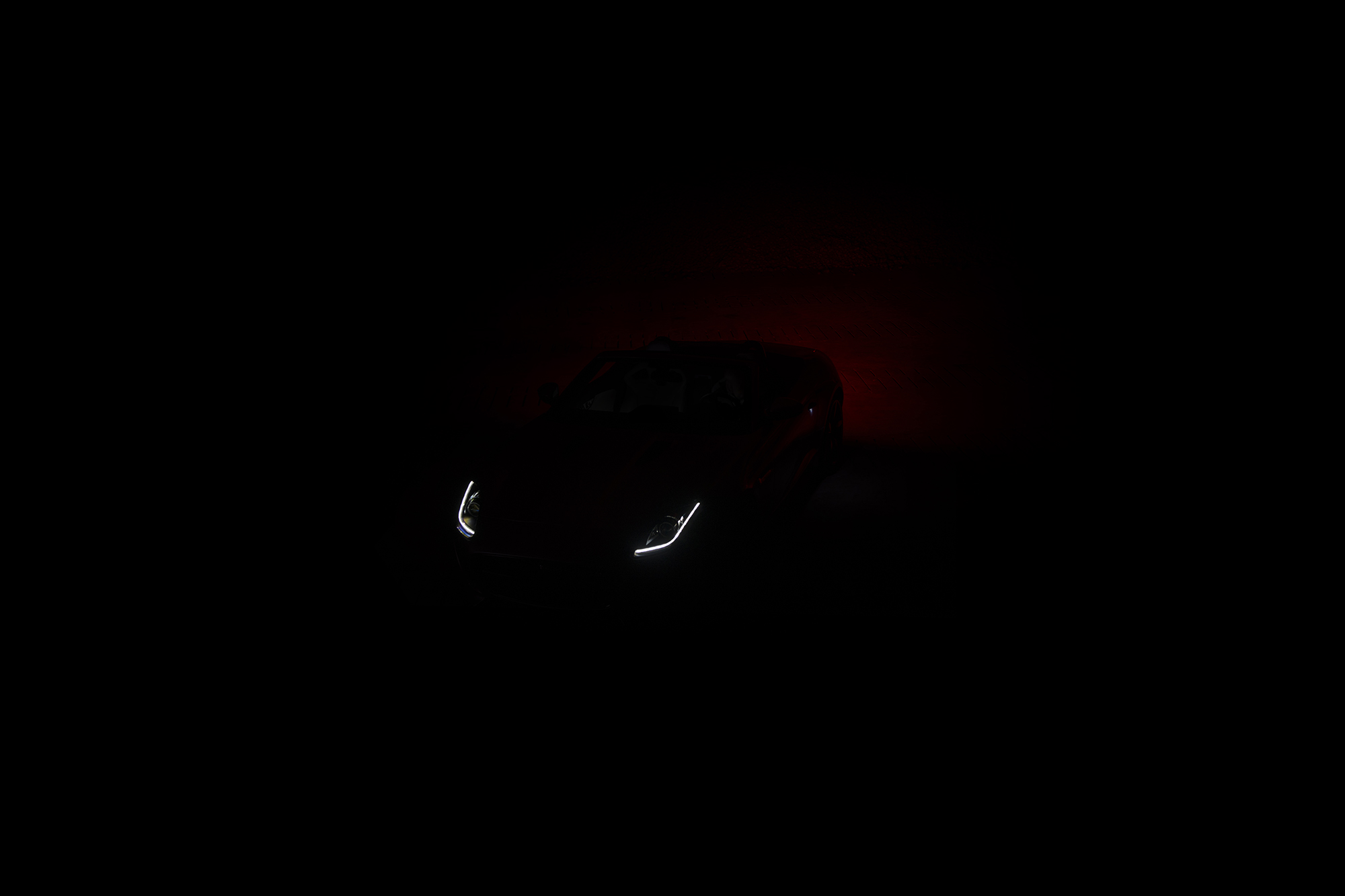